“If there is a book you really want to read, but it hasn’t been written yet, then you must be the one to write it.” ~Toni Morrison 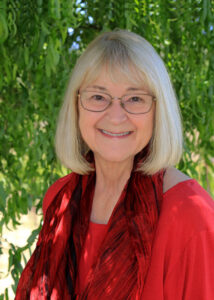 The first high school lesson I learned was that, as a female, there were societal boundaries and discrepancies between my rights as a woman and those for men. The counselors didn’t know what to do with me after I tested in the 99th percentile for mechanical ability and language on the state aptitude test. I was more than qualified to participate in drafting and woodshop, classes I longed to take. Even so, they enrolled me in home economics against my desires. After all, I was a girl, they said, and the classes I wanted were for boys only. I was shocked at the double standard between girls and boys, which I hadn’t yet realized was endemic to our culture. I was furious and felt devalued. The incident shaped my future.

While attending UCLA, I became a women’s rights advocate. I joined the National Organization for Women and subscribed to MS. magazine the day it first came out. I was, and still am, a vociferous supporter of the Equal Rights Amendment. Following graduation, I worked as a secondary history teacher in the Los Angeles City School District and specialized in dissent and reform in American history.

I married a fiction author, and we moved from Los Angeles to the San Francisco Bay Area. After substitute teaching for a while, I got a job as an administrative assistant in the telecommunications industry. An engineer there mentored and trained me to design and write telephone systems specifications and give sales presentations to potential customers. I was thrilled to put my mechanical and language abilities to work finally. However, when the company decided to open a systems design analyst job, I was first in line with my application—only to learn that women weren’t allowed to apply. I saw no other option but to quit. It was only later that I discovered I could have filed a discrimination complaint based on sexual discrimination with the Equal Employment Opportunities Commission, the agency established by the Civil Rights Act of 1964 to enforce civil rights laws against workplace discrimination.

I was fortunate to catapult into the technology revolution of the 70s and 80s. Besides having a job that tested the first personal computers used in the banking industry, I was a technical writer and trainer. Eventually becoming a Vice President at Wells Fargo Bank, I managed computer support technicians, database and electronic mail programmers, two help desks, a technical library, and a computer-training center. In addition, I was proud to found the San Francisco Bay Area Branch of the Help Desk Institute to mentor local computer support professionals—at the time, primarily, women rarely respected for their customer service and technical abilities.

Later, I became a Technology Director at a Sonoma County School District and President of a California state-regulated water company. So, despite being constantly thwarted and frequently undervalued, I used my mechanical, technical, and language skills to build a successful career.

Before my husband passed away, he encouraged me to write about my experiences with workplace discrimination, and I began to write a series of short stories. Then, fate intervened. I met Barbara “Dusty” Roads at the Sonoma County Family YMCA swimming pool. I discovered she was one of the first who fought sexual discrimination in the workplace as a stewardess, union negotiator, and lobbyist to Congress in the 1950s and 60s. I realized I had an opportunity to write about the woman who had a crucial role in igniting the Women’s Movement in the 1950s and 60s. I believe destiny led me to meet her and write her story to ensure her legacy in women’s history.

I’m a member and past vice-president of the California Writers Club, Redwood Branch, and was co-chair of the Redwood Writers 2018 Pen to Published Writers Conference. I’m also a member of the Library of Congress Women’s Studies Discussion Group, Nonfiction Authors Association, American Association of University Women, National Organization for Women, and the American Historical Association and support The National Women’s History Project and The Feminist Majority Foundation.

My hobby, photography, began when I got my first camera in 1960—a Kodak Brownie. Today, I relax by exploring local backroads, vineyards and wineries to shoot photos of landscapes, birds, animals, and close-ups of flowers in Sonoma, Napa, and Mendocino Counties. Also, I’m an avid swimmer, reader, and traveler.